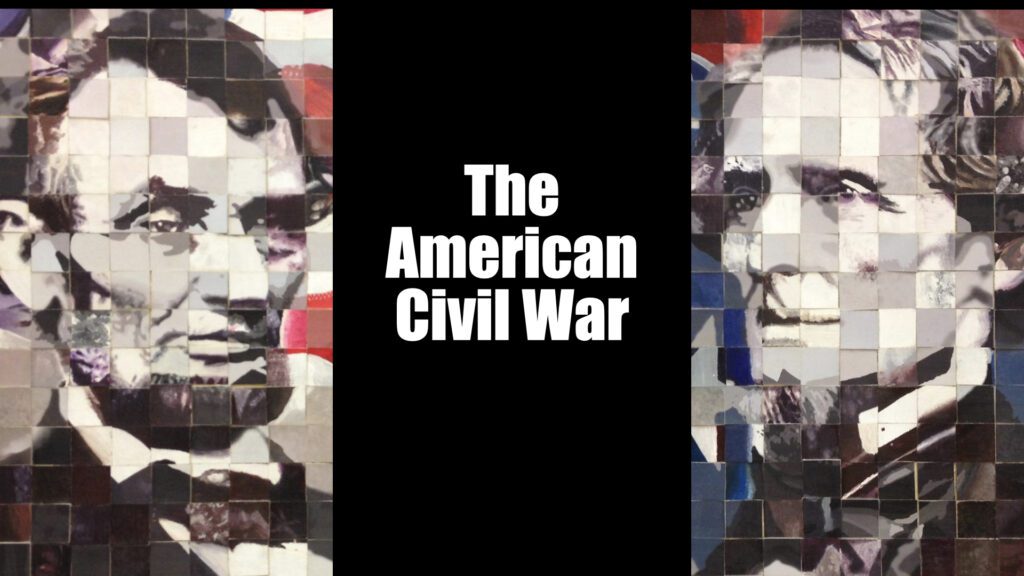 Which states, or territories endured battles during the civil war? 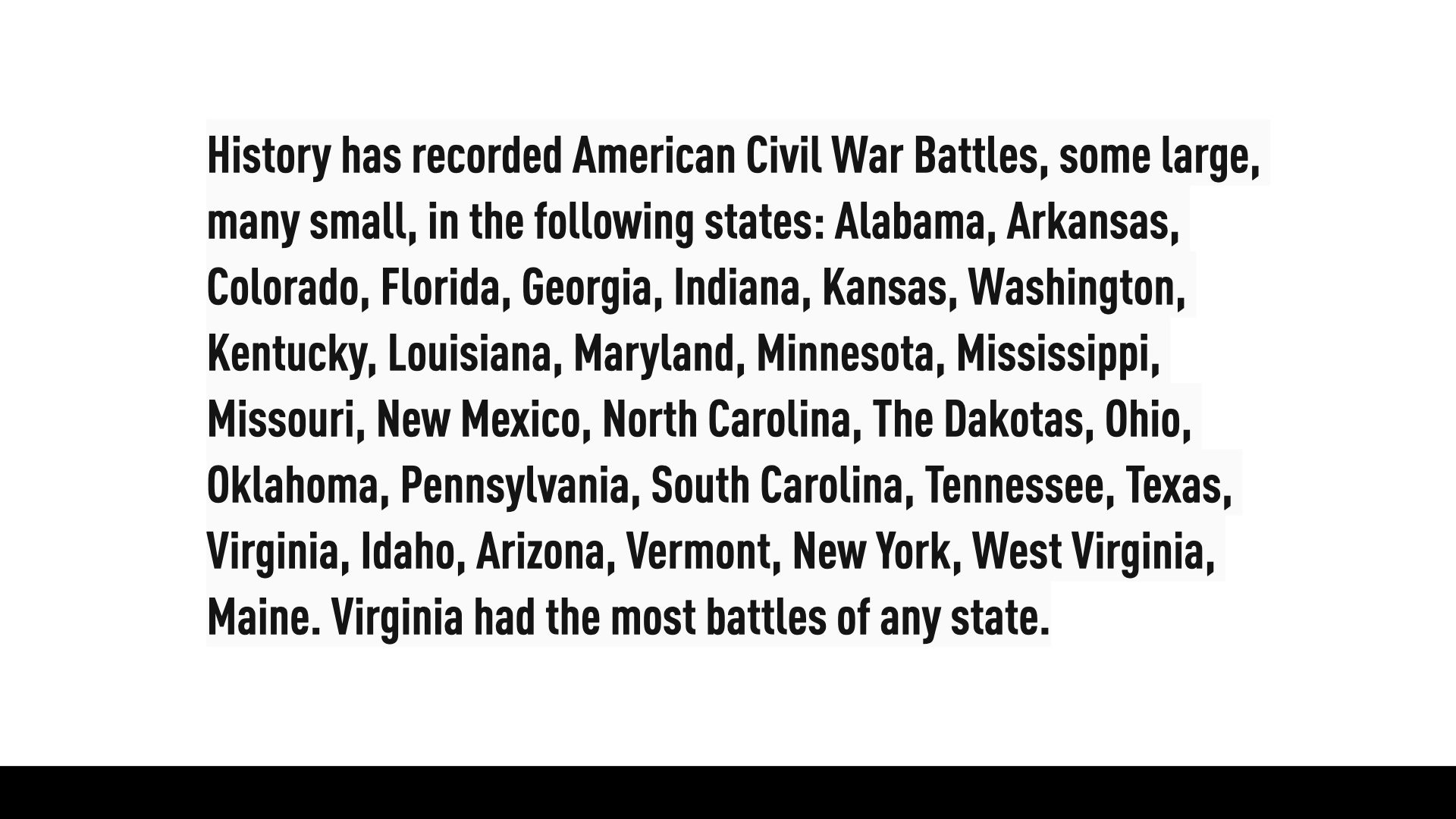 What civil war battles were fought in Arizona?

The popular anthem of the South, “Dixies” was written by a yankee. 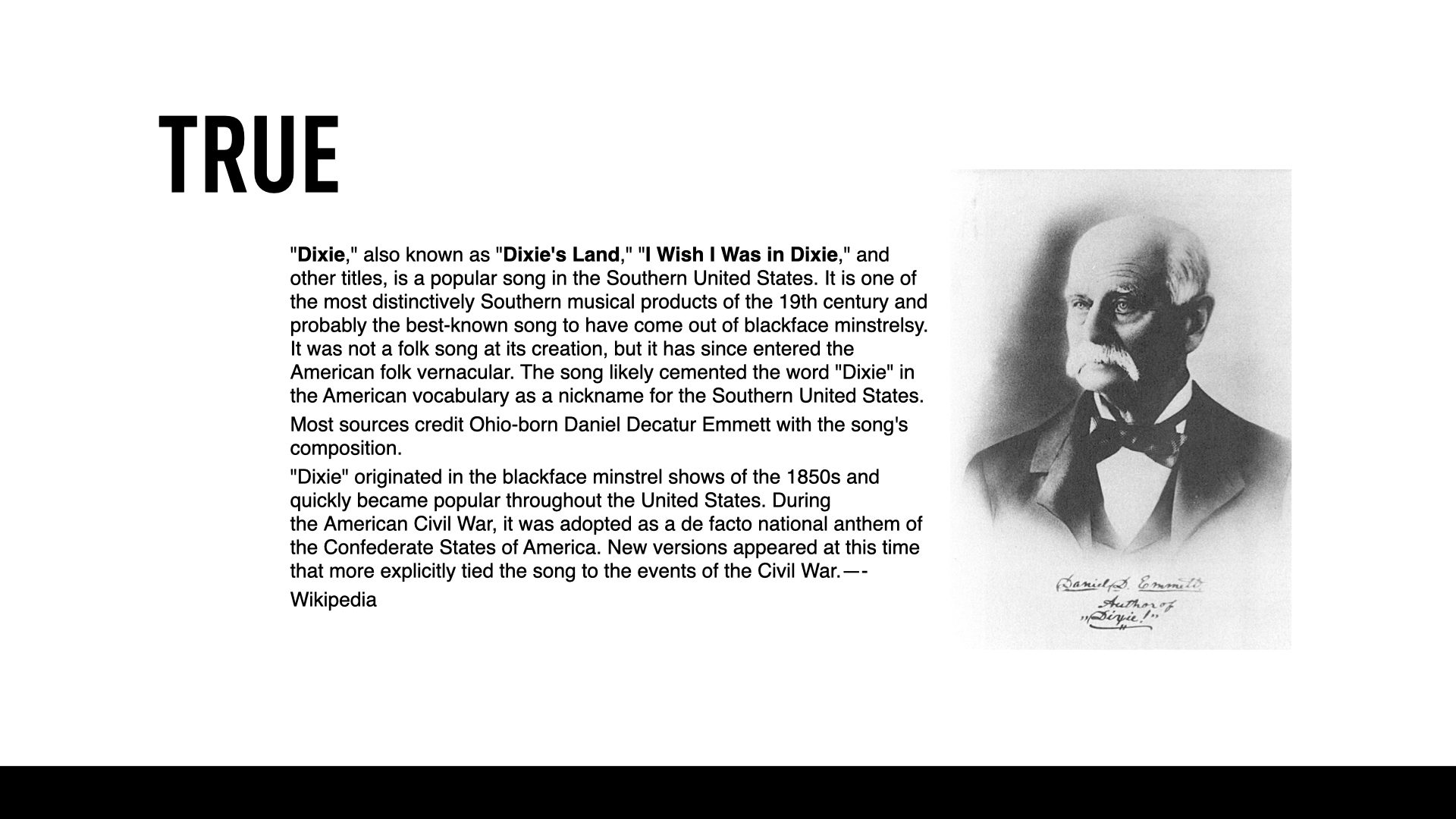 The cause of General Thomas “Stonewall” Jackson’s death on May 10th, 1863 in the middle of the war was:

a. Enemy bullets during the Battle of Bullrun

b. Friendly fire from his own soldiers

c. Disease from the Army camp 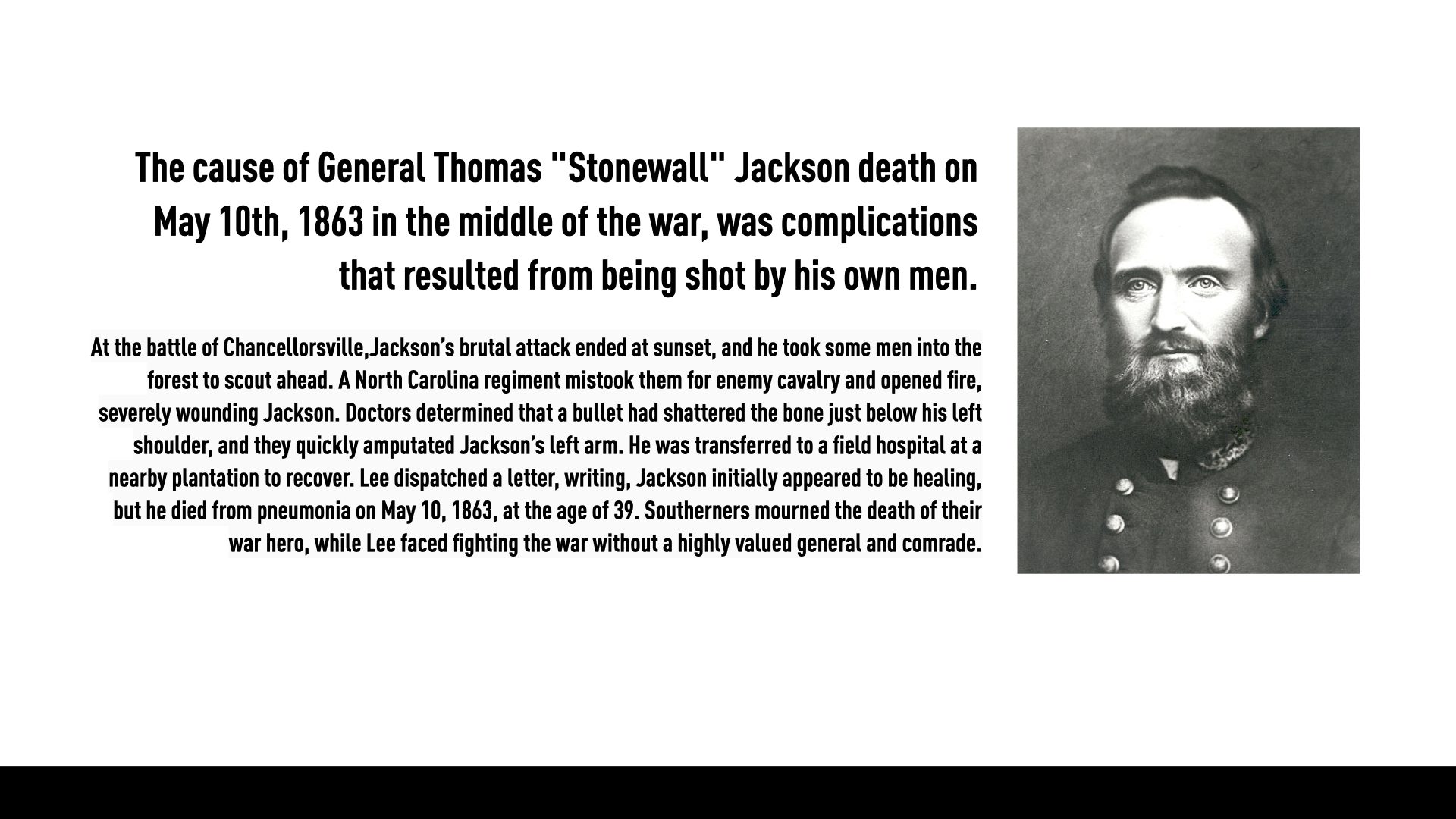 The number of books printed about the Civil War is approaching more than: 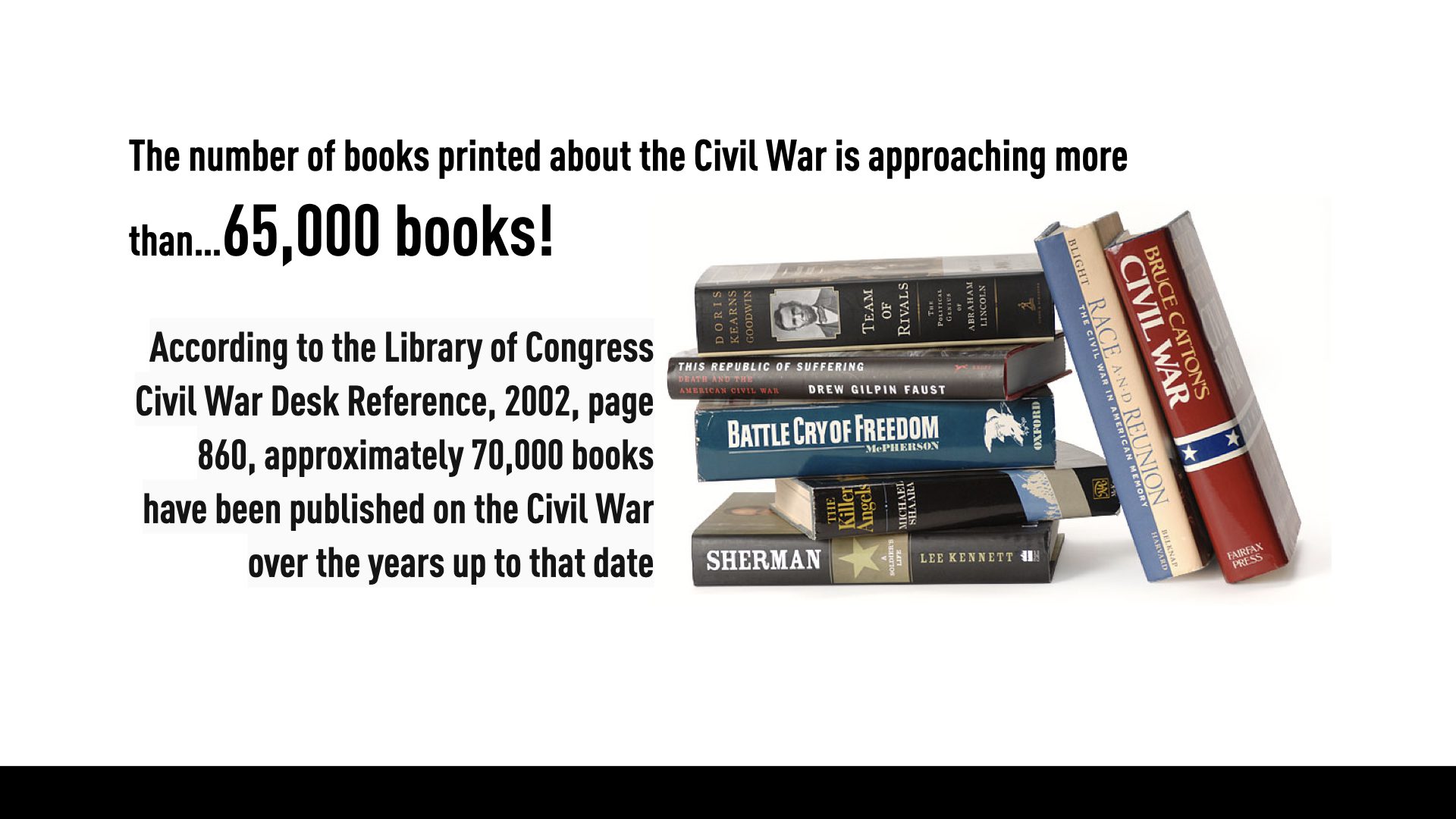 Black soldiers refused their salaries for 18 months to protest to being paid less than white soldiers. 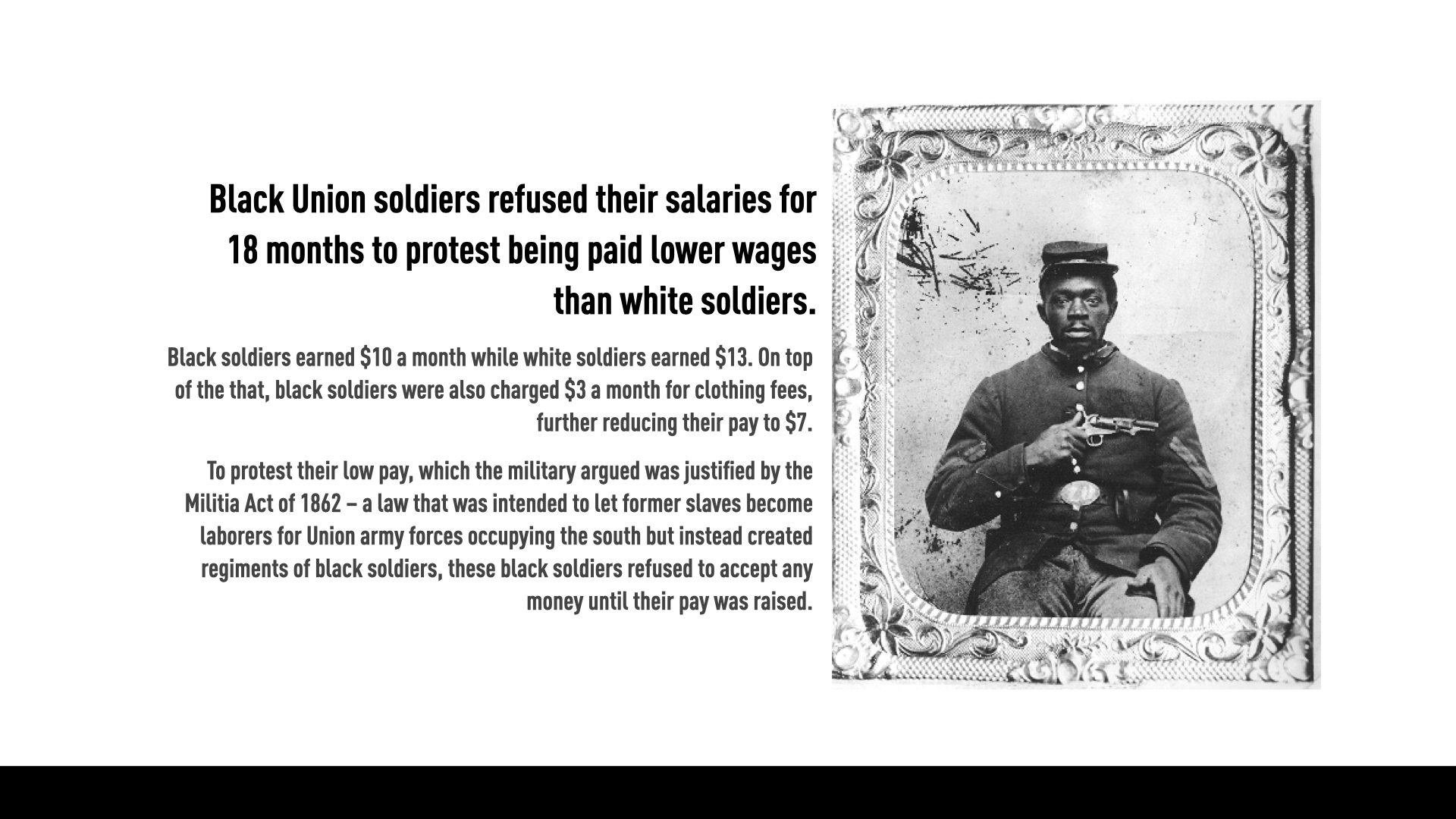 In retaliation from the Union Army, Robert E. Lee’s home was turned into a cemetery for Union soldiers, so he would always “remember the carnage that he had created”. Today it is known as Arlington Cemetery. 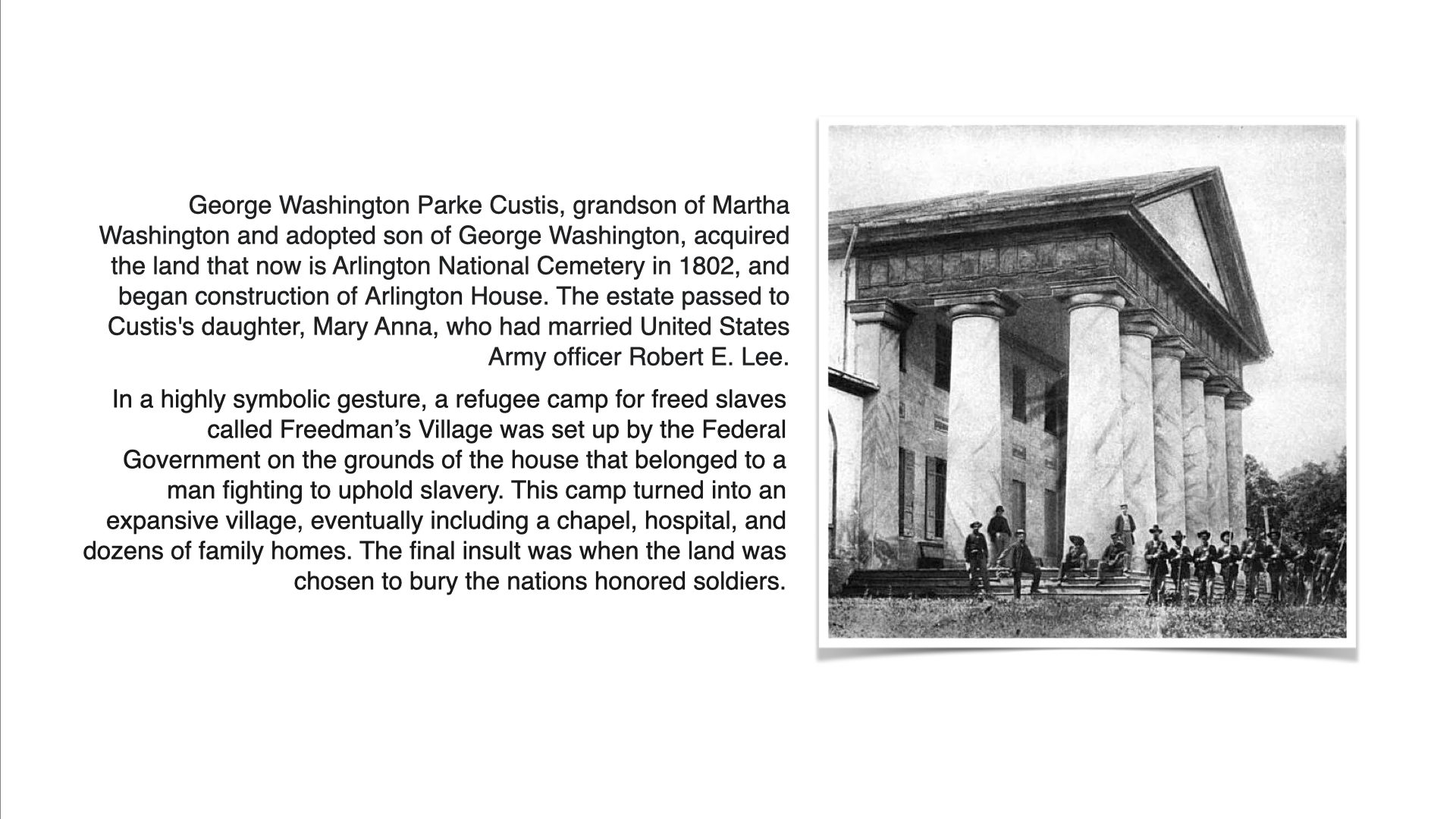 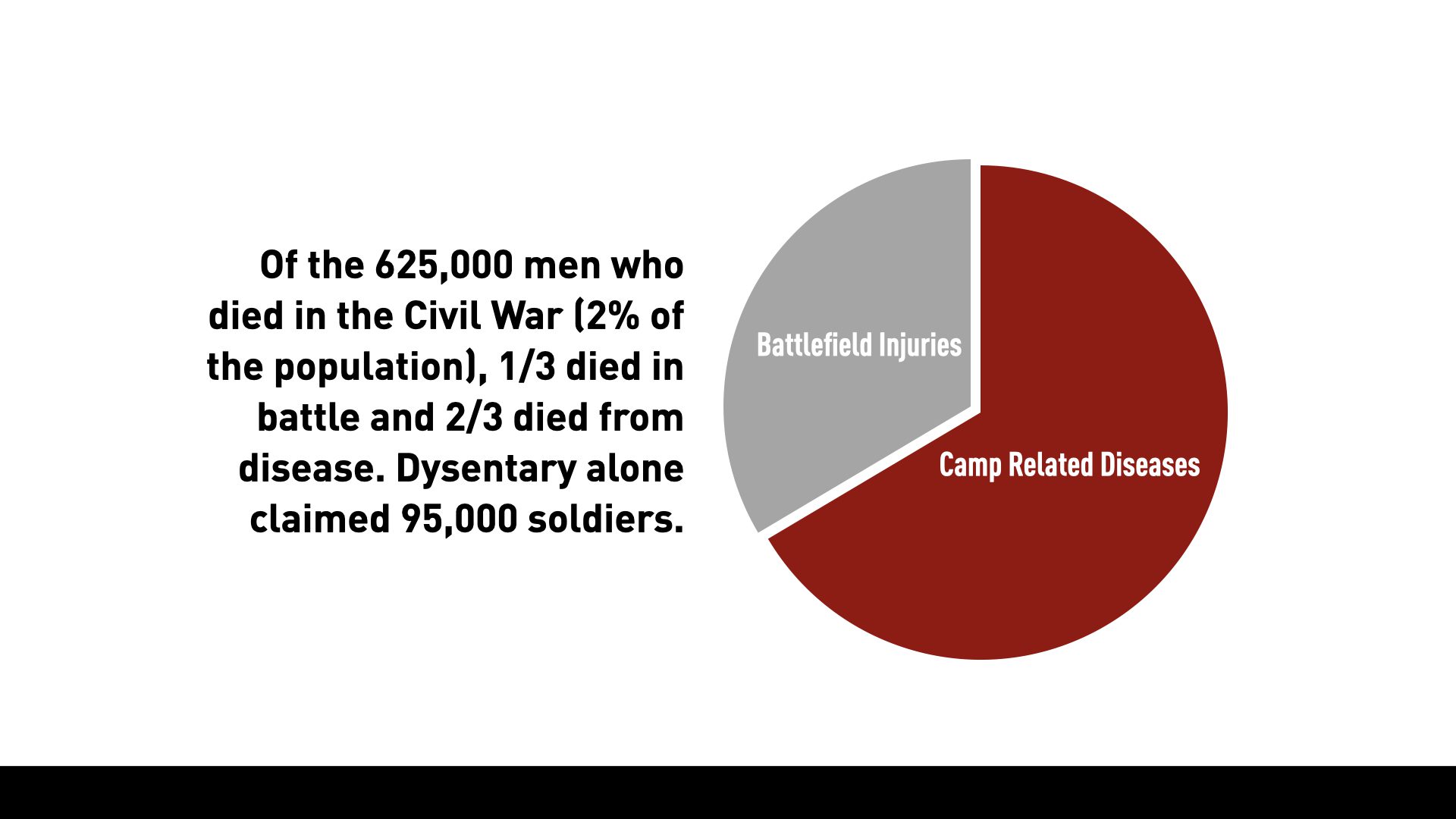 A discussion on civil war casualties
-greatly exaggerated or not?

How many slaves ultimately obtained their freedom though the Emancipation Proclamation and the Union’s victory over the South in 1865? 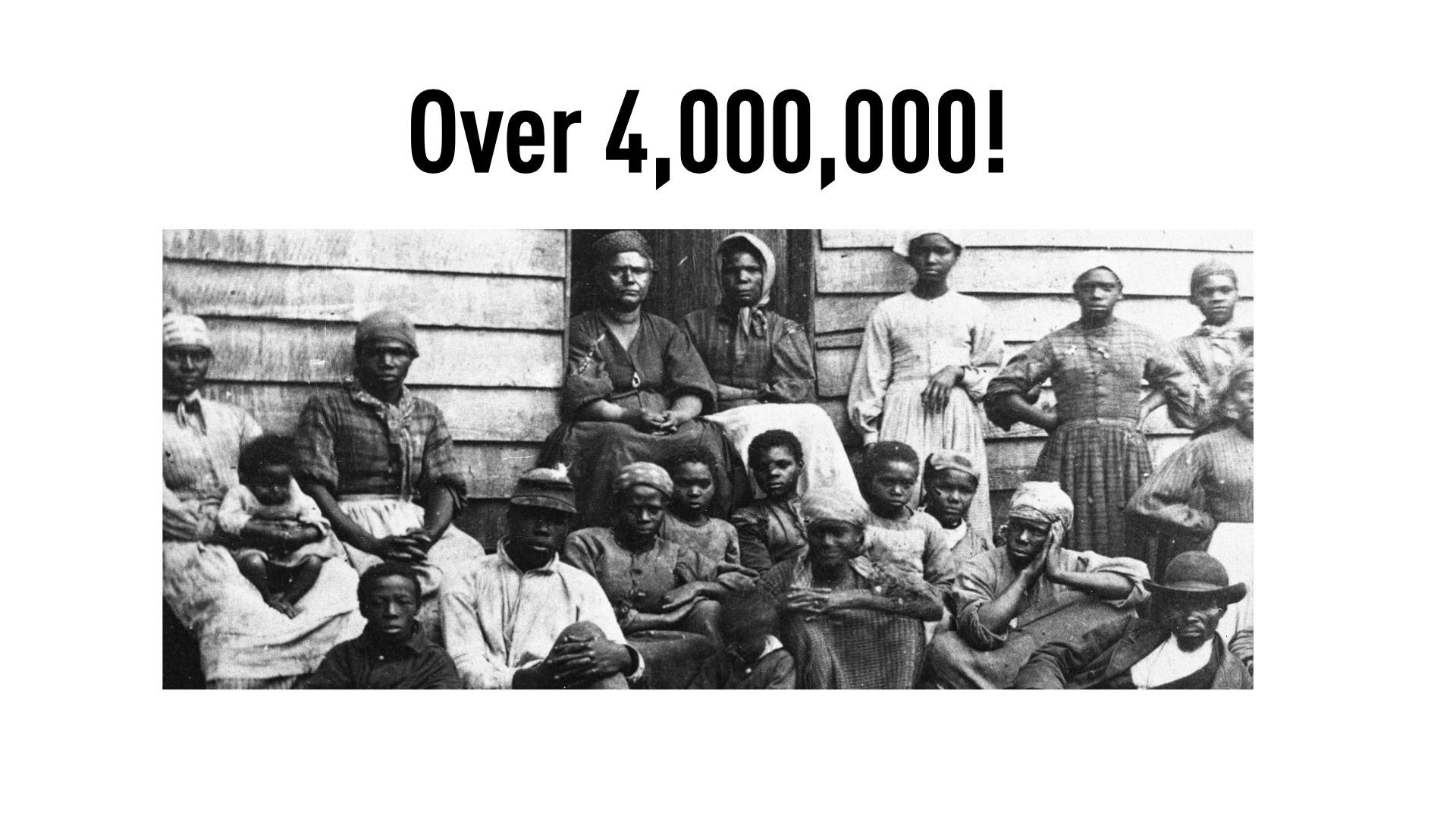 More soldiers died in the first 15 minutes of General Grant’s assault at Cold Harbor than died on September 11, 2001. 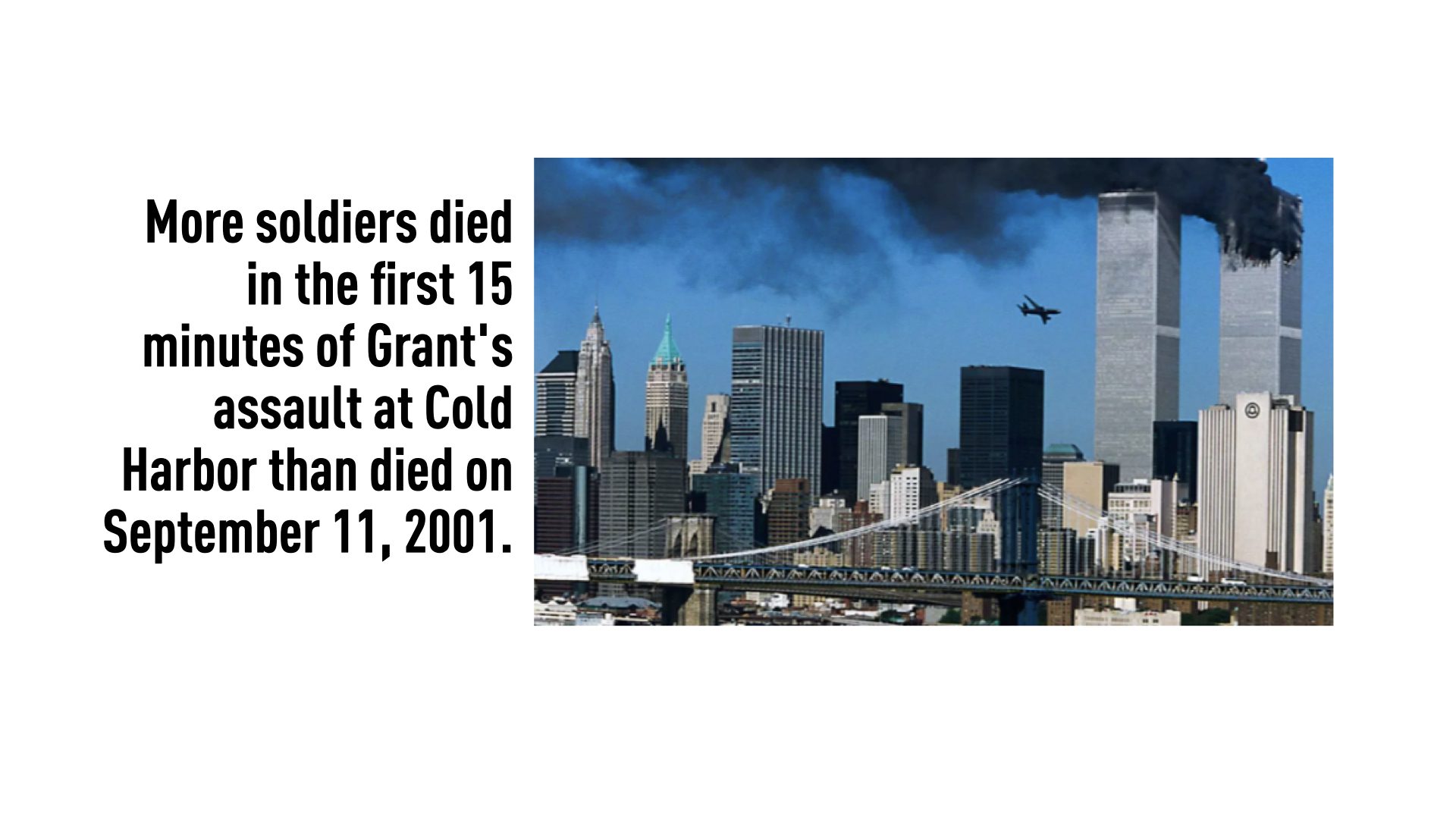 Learn more about the battle for Cold Harbor

Which is an outcome of the Civil War that we still live with today is:

a. A reinstated National Banking System

b. The Internal Revenue Service

c. The Bureau of Alcohol, Tobacco, Firearms and Explosives 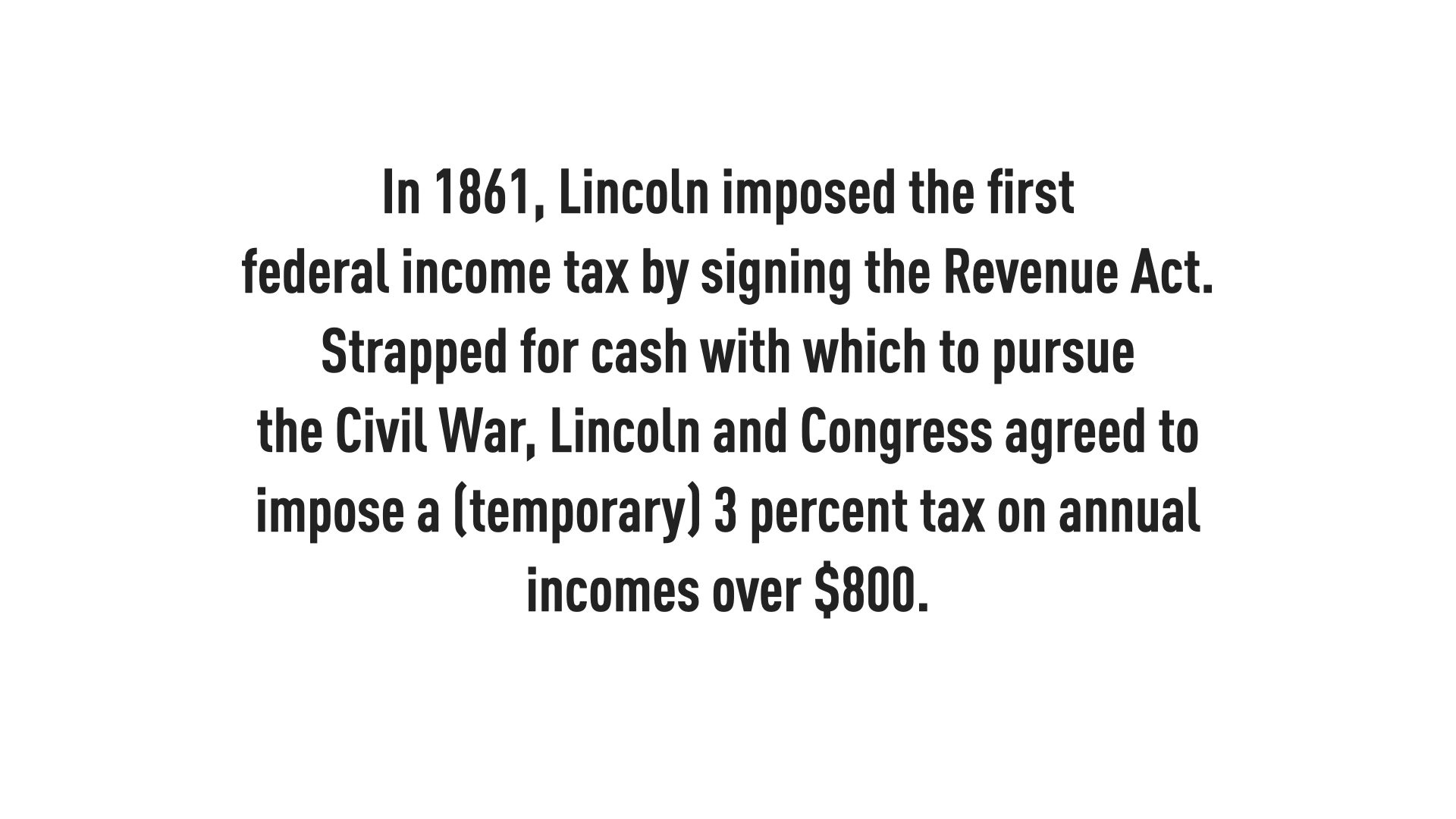 Which of the following during the Civil War were “firsts in America”:

a. Enemy ship sunk by a submarine

c. First and only woman ever awarded the Medal of Honor

c. The Bureau of Alcohol, Tobacco, Firearms and Explosives 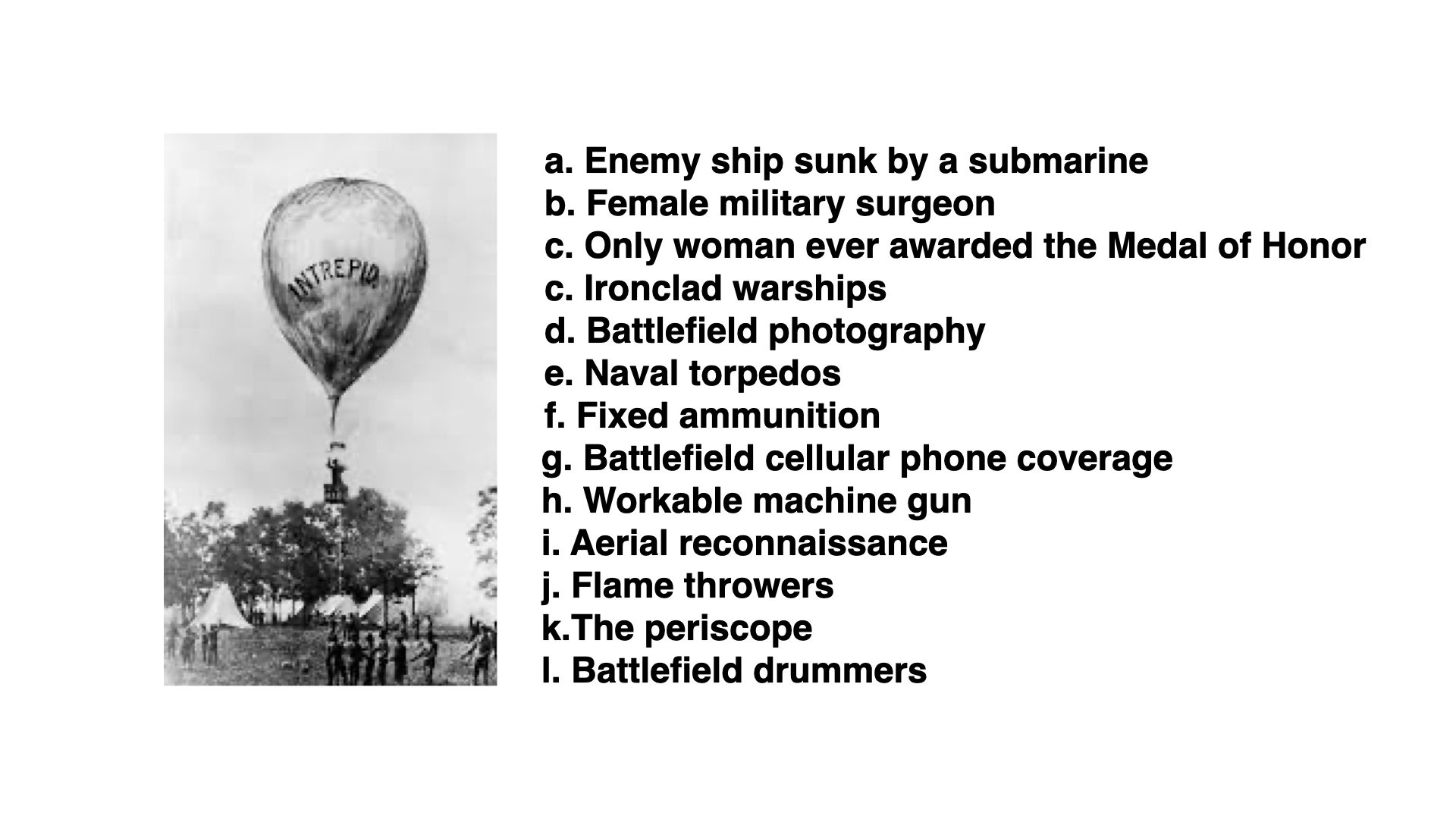 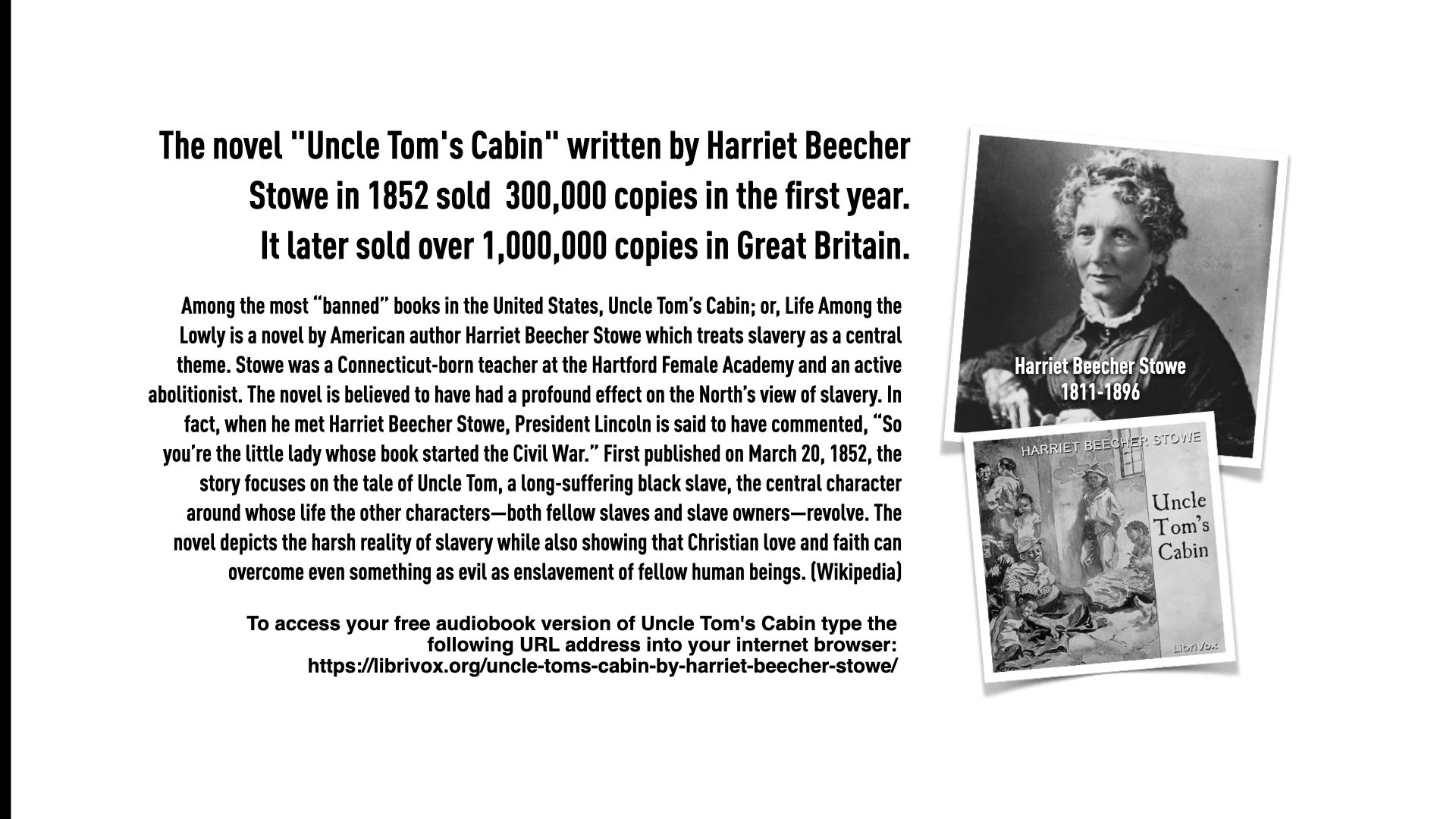 The girlfriend of John Wilkes Booth, Abraham Lincoln’s assassin, had also been courted by Robert Todd Lincoln, the President’s son. 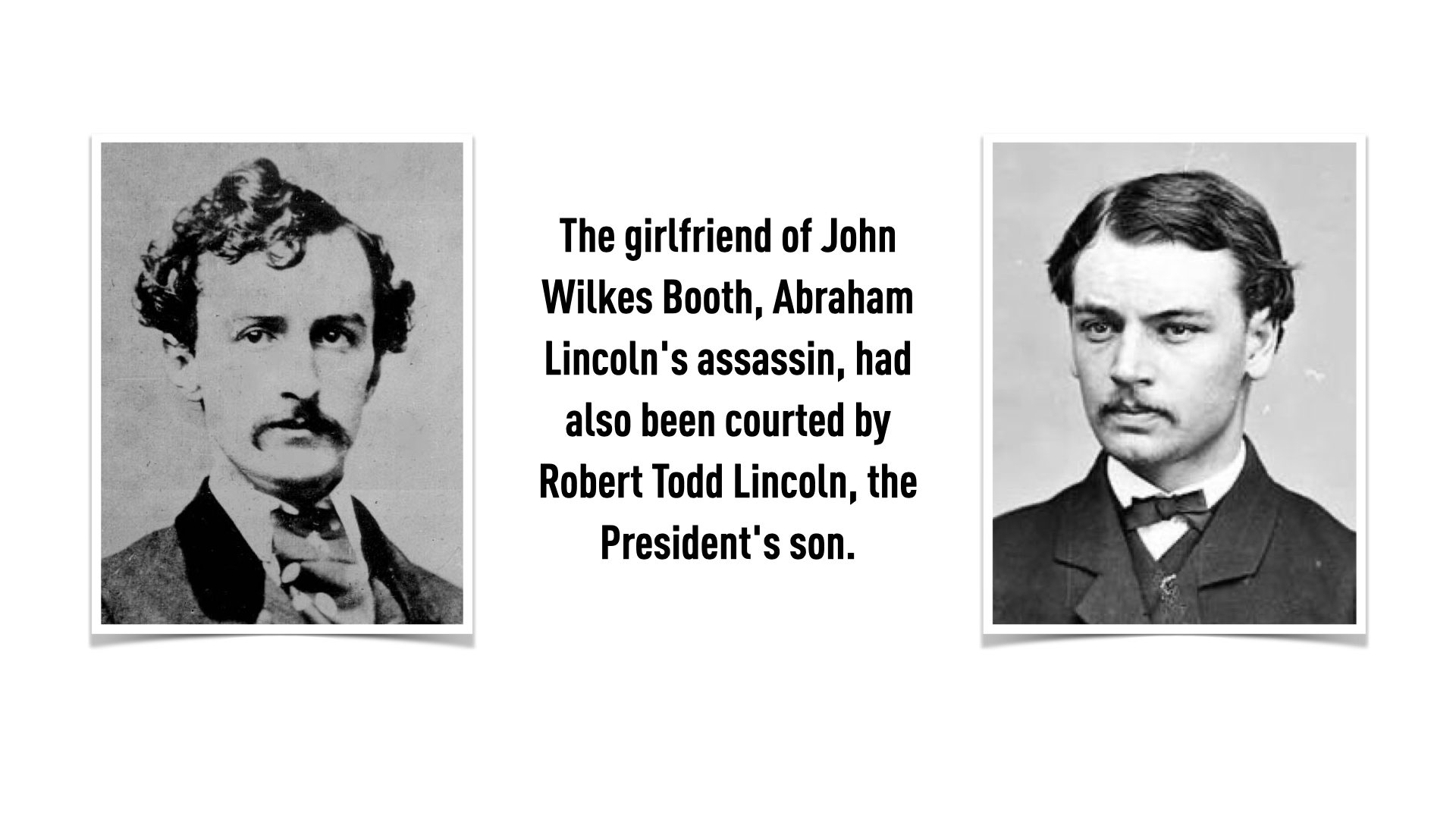 Learn about another interesting connection between
the Booth and Lincoln families.

The average weight of a Southern Belle’s hoop skirted dress was: 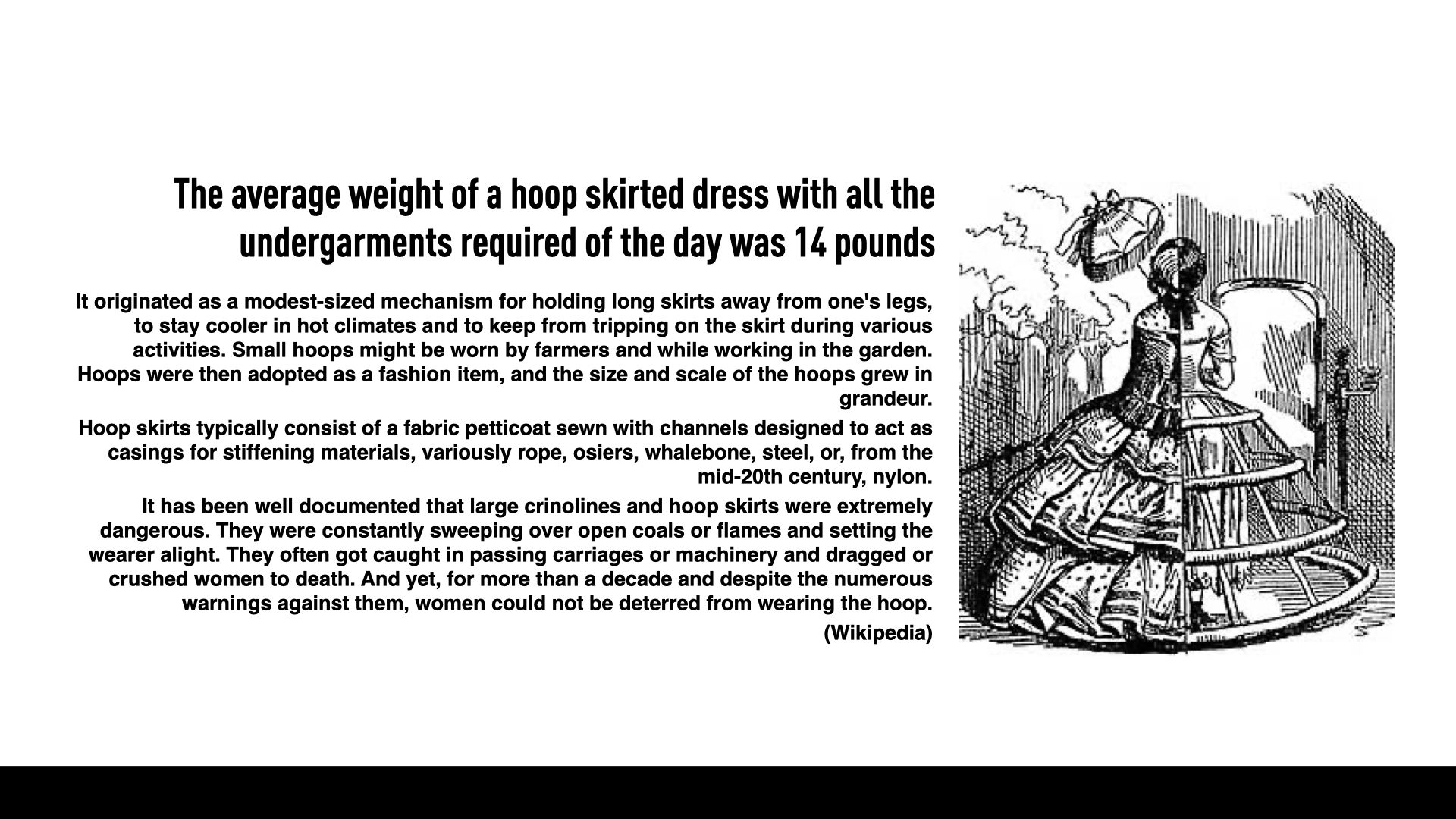 This video shows the layers required to
achieve the fashion statement of the day.